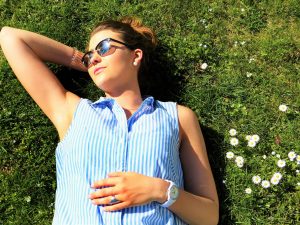 There is an ongoing and little-reported controversy concerning the recommended daily allowance (RDA) for vitamin D. A report issued in 2010 by the National Academy of Sciences Institute of Medicine proposed an RDA of 600 to 800 IU for all individuals from birth to adulthood with upper limits of 1,500 to 4000 IU/day based on age.

This report naturally carries a lot of weight for health care practitioners. However, researchers at UC San Diego and Creighton University (and many others) have challenged the official RDA, stating publicly that it underestimates the optimal requirements by a factor of ten. This embarrassing dispute centers on statistical and calculation errors which have been widely documented and criticized by the scientific community.

In March 2015 two experts, Drs. Cedric Garland at UC San Diego and Paul Veuglers from the University of Alberta, posted an open letter in the journal Nutrients; they called on the Institute of Medicine to change its RDA for vitamin D to 7000 IU/day and noted that the same Institute specifies an upper limit of 10,000 IU/day as safe for teens and adults.

How might increasing the RDA for vitamin D affect our health? What are the consequences of taking too much vitamin D? Should I get my blood levels tested and how much should I take?